Versus the Week of May 11

I’m happy to welcome you to the very first installment of a new weekly community blog called Versus the Week. This is something I’ve wanted to do for a long time; a way to connect with you not only as an indie publisher but more importantly, as an awesome community. We’ve been super busy the past couple weeks, so let’s kick this off with some updates!

Is it possible to fall in love with a game at first sight? Wintermoor Tactics Club is our newest release, and honestly everything about this game makes me feel all warm and happy inside. You play as Alicia, a teenage girl trying to find her place in a private boarding school. When the principal announces a school-wide snowball tournament, Alicia must use her skills from Tactics Club to prevent losing the only place she feels like she belongs. This cozy tactics RPG delivers the story like a visual novel, but combat takes places on a turn based tactical battlefield. Honestly, as someone who was (ok, still is) a bit socially awkward and struggled to find my “people”, I love Alicia. She is kind, adventurous, sassy, and still not quite sure of herself. She’s not perfect, but she knows she’s better with friends – and we could all use a good friend, especially right now. You can check out more info about Wintermoor on our website, and you can pick up a copy to play from Steam or GOG. For all you console players, we haven’t forgotten about you I promise! We’ll be launching later this year on Xbox, PlayStation, and Switch so stay tuned.

ALSO we commissioned a few illustrations from insanely talented artists at launch, and I’m going to share those with y’all here next week, so don’t miss it. 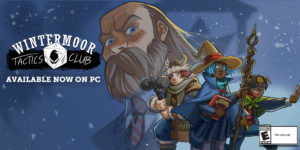 If you haven’t had the chance to check out Cardpocalypse yet, congratulations now you have awesome weekend plans! This game is a giant nostalgia trip – an RPG set in the 90s where combat is played with a totally rad collectible card game called Mega Mutant Power Pets. The main story follows Jess on her first day in a brand new school, as she accidentally gets everyone’s favorite card game banned. From there, things just get weird and the very fate of the world may be in your hands. Cardpocalypse was created by Gambrinous, the studio that brought you Guild of Dungeoneering (so you know it’s gonna be good!).

We know how much you love new stuff, and especially FREE new stuff, so we’re happy to announce that Gauntlet Mode is now available as a free update on Apple Arcade and Epic Games Store! Gauntlet mode is a roguelike mode where every run is unique, players pick their champion and fight their way through ever more difficult battles. After every win players can draft new cards, rules, and rewards for their decks in an effort to build the ultimate combo and beat the Gauntlet. 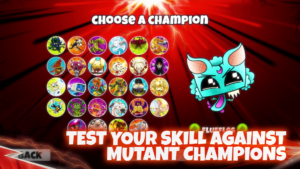 “I can’t wait for fans to get their hands on Gauntlet mode,” said Colm Larkin, Director of Gambrinous. “It’s a whole new way to play Cardpocalypse and I love how every run is different. If you are a fan of roguelikes, this is the expansion for you. And we’ve made it free for everyone!” 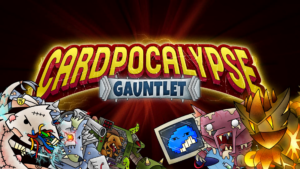 The Uprising Begins on June 6th

The world is crazy right now, like someone accidentally poured some Fanta on the simulation servers and it’s all on the fritz or something. Pretty much all our events got cancelled due to the pandemic (which is totally the right call), and as an indie game publisher that’s a pretty huge deal. Sharing our Developers’ hard work, seeing you play the demos, and getting real time feedback is extremely important to us, so not having that option has been a real setback. There are a lot of other indie Developers and Publishers out there feeling the void that E3 being cancelled left, and we all started to talk about it. From those initial discussions on Twitter grew this amazing idea: let’s get a bunch of indies together and have our own Digital Conference!

And so, I’m extremely happy to announce the Guerrilla Collective: a celebration of amazing studios that are joining forces to produce a multi-day digital conference from June 6-8th. Hosted by Greg Miller from Kinda Funny Games, this three-day event will take place on the Guerrilla Collective’s Twitch channel and feature debut trailers, announcements, and more while we celebrate the gaming community as a whole. Follow @GuerrillaCollec on Twitter and head to the website for more information. 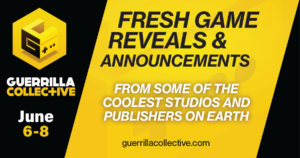 …And Now For Something Completely Different

For those of you who don’t know, I have a cat named Petrie and he is the cutest potato. He is the chilliest cat I’ve ever met, and all he wants to do is curl up on you and snuggle. He’s rubbish at chasing mice, terrified of the world outside my back garden, and he LOVES cheese. As I write this, he’s in his usual spot, curled up on my feet underneath my desk. He came to me 8 years ago from a friend who moved to Australia and honestly, I don’t think he’s left my side since.

As far as coworkers go he’s pretty lazy, but he sure does boost morale around the office. Do you have any four-legged coworkers keeping you entertained during quarantine? If so please tweet them to us, because I will never say no to more pet pics on the timeline. 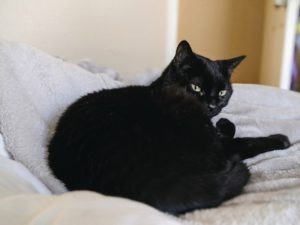 That wraps it up for this week’s update, and I hope it was entertaining and informative for you all. I’d love to hear what you think about the work we’ve been doing, and if you’ve made any content for any of our games please let me know – I want to feature members of the community as much as possible in these weekly posts.