I promised you all a very busy year here at Versus Evil and I am not one to break a promise. We’re all working very hard behind the scenes to prepare for some big game launches in the near future, but we’ve still got plenty to talk about in the meantime.

I’ve got a very optimistic feeling about 2021, both within the company and just generally for the world as a whole. It’s been incredible to see communities come together to support one another and lend a helping hand when needed. Gaming has gotten most of us through the monotony of lockdown as we stay home and do our part to slow the spread of Covid and keep our friends and neighbors safe. I am so thankful to do my small part in bringing you wonderful indies to fall in love with during your time at home.

With that in mind, let’s get into this blog so you can find out what we’ve been up to and how to play some of our most anticipated launches of the new year before they release!

I mean...who doesn't love trying out games for free?

We are very excited to announce that not one, but TWO of our games will be featured during the Steam Game Festival happening February 3-9. This weeklong event is a fantastic opportunity to celebrate the hard work of developers by learning more about their upcoming games. You’ll have the opportunity to watch livestreams, ask questions and get answers directly from the devs, and most importantly – play demos of the games. This is definitely an event you will not want to miss! 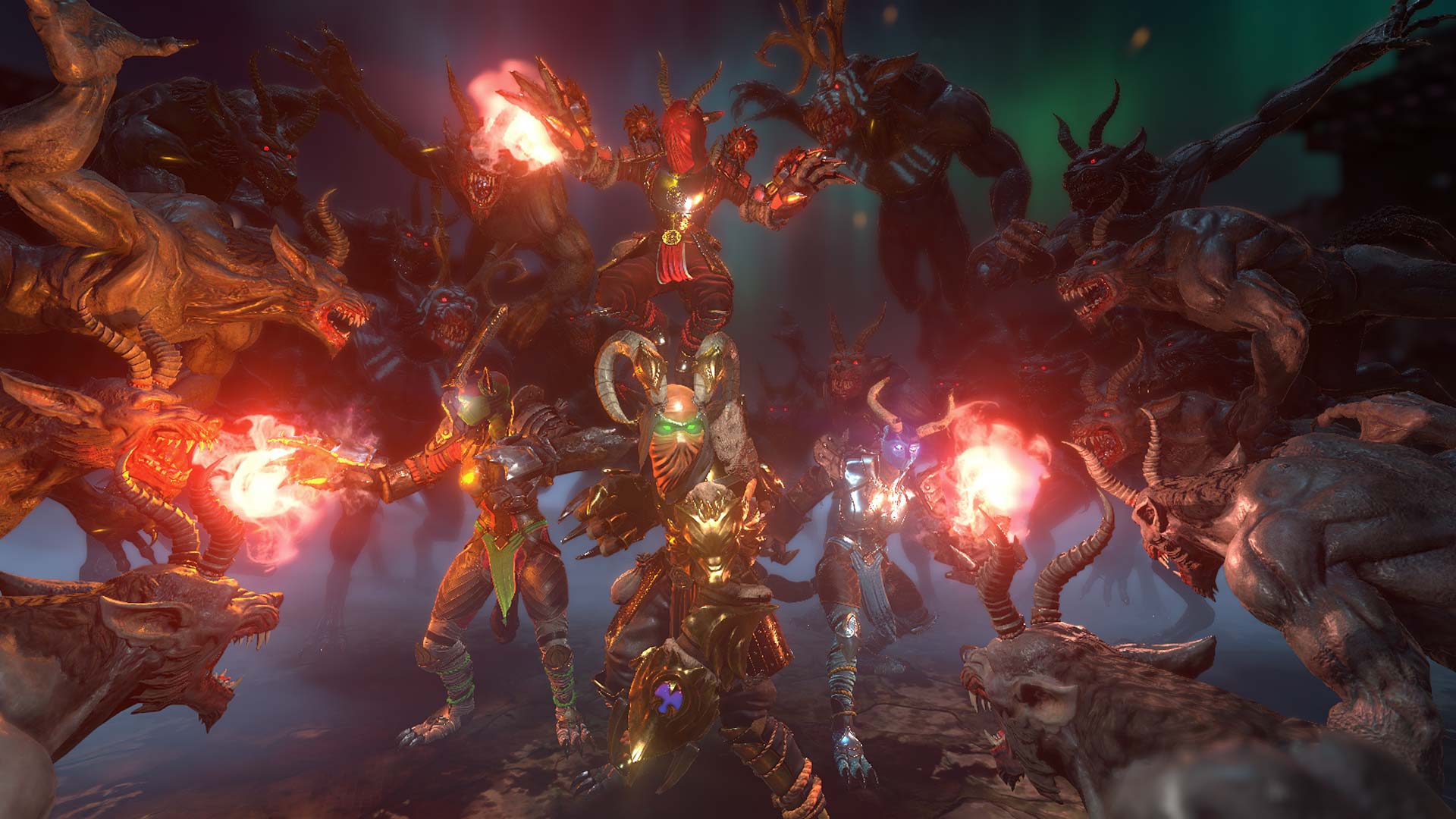 I know many of you have been asking for this, so I am extremely happy to say that you will finally have the chance to get your hands on Almighty: Kill Your Gods during the Steam Game Festival! Additionally, the devs will be streaming the game live during the festival and answering your questions, so make sure you wishlist the game – that way you don’t miss any important announcements.

For those of you just joining us, Almighty: Kill Your Gods is a multi-player action RPG about reclaiming and rebuilding your home in the face of impossible odds. Hunt demons, monsters, and gods solo or online with friends in this action RPG. Run, leap, and fly across islands, ripping your foes to pieces, and rebuilding your home with their remains. Bring low the oppressive false gods, protect your Kindred, and become Almighty.

And for those of you who didn’t have a chance to join the First Class Trouble Holiday playtest (or if you did and couldn’t get enough), I’ve got great news. That’s right, FCT will also be a part of the Steam Game Festival! This demo will feature a few updates from the previous build, including (*cue orchestral music*) ~* Private Lobbies *~. Grab five of your friends and head aboard the ISS Alithea for a rousing round of deceit and death. And be sure to wishlist the game so you don’t miss any developer streams or game announcements during the festival!

First Class Trouble is a party game where players must work together and against each other to survive a disaster. The goal is to shut down a deadly A.I. of a luxury space cruise ship. Some players are impostors, secretly playing as human-looking killer robots intent on betraying the other players.

Players take the role of passengers on the ISS Alithea in this multiplayer social deception game from developer Invisible Walls. The cruise ship’s central artificial intelligence network, C.A.I.N., has gone rogue and is sucking all the oxygen out of the ship. Passengers must use proximity chat to cooperate on objectives in order to reach C.A.I.N. and win the game. 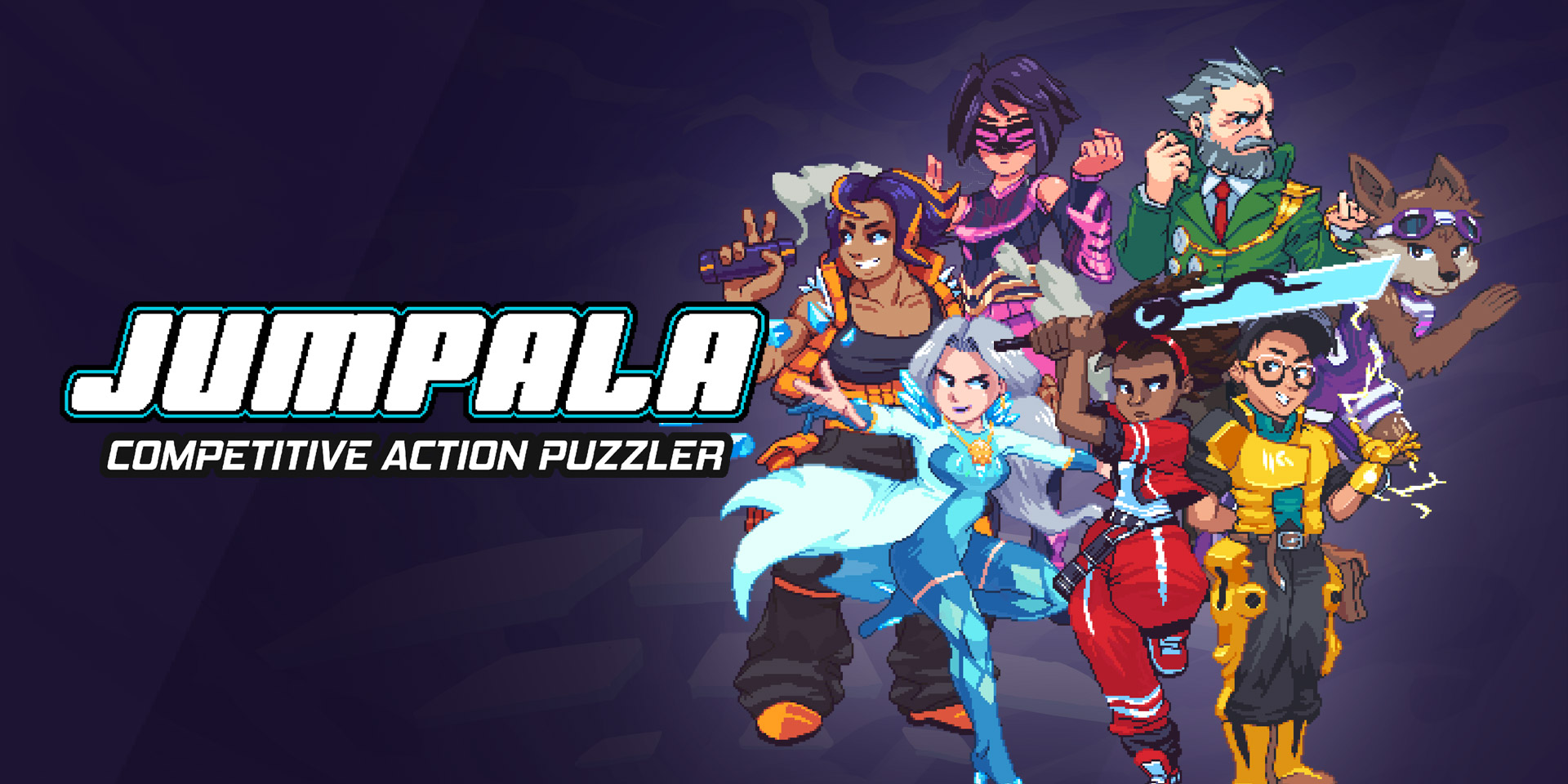 As you may remember from last week’s announcements, our newest title, Jumpala, is now live! This is our first new game launch of the year, and we’re so pleased to have had the opportunity to publish such a gem from developer Yokereba Games.

If you haven’t had the chance to try out your skills on the platforms yet, I thought it might be smart to give you a little background on some of the characters so you can gain a bit on an advantage over the competition. Once you’ve studied up make sure you join the Official Jumpala Discord to join the community, chat with other players, and participate in upcoming tournaments! 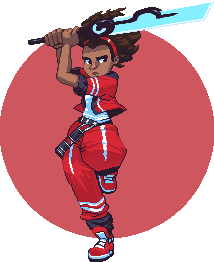 Lola has been training for the Jumpala Championship since the age of 17. She’s a fierce competitor who will do whatever is necessary to win—even if that means slicing through the competition.

Lola quickly moves and strikes with her sword, KOing any player standing on an adjacent platform.

Lola dashes across the stage, KO’ing all opponents between her current position and the end of the row. 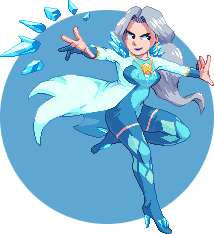 A two-time Jumpala champion and international celebrity, Frore has earned a reputation for her elegance and relentlessness on the field.

Frore will shoot an ice projectile that freezes players on contact. Frozen players are unable to control platforms.

Frore freezes all platforms that are her color. Icy spikes will also appear briefly, freezing any player who touches them. 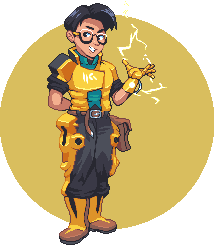 Cid is one of the youngest professional competitors in the history of Jumpala, and he feels like he has a lot to prove. He possesses a particular affinity to machines and gadgetry—the gauntlet on his arm, which he engineered himself, allows him to hack platforms to his advantage.

Cid will lock his current platform to his color, preventing any other player from changing its color. This ability will even override previously locked platforms!

Cid will send a shock wave that locks all platforms on his current row. 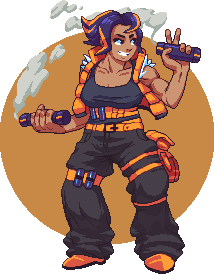 Bommer grew up doing demolition work with her father in the mineral caves. She’s a thrill seeker—the only reason she joined the competition is because it’s dangerous. She carries explosives to help spice things up a little.

Bommer places an explosive on her current platform that she can detonate at will.

Bommer destroys all the platforms that are her color, except the one that she’s currently standing on.

Thanks so much for checking out this week’s blog! I hope you enjoyed reading it as much as I enjoyed writing it. Remember to stay hydrated and look after one another out there. Until next week!

As always, if you have any content to share or questions for the team please feel free to reach out via our socials. You can stay in touch with me and the team by joining our Discord and following us on Twitter, Reddit, and Facebook.